I love painting as the only truth by David Minařík

In the process of creating, I put an emphasis on emotional identification with the supra-individual social and metaphysical complex. This complex is in most of the situations recognized by the personification of paradigm, as the supra-individual “self” *. Such “self” is reversely defined into individual art-historical movements and creative disciplines applied on certain periods of describable tendencies, obvious metaphors and references. We identify ourselves with this phenomena in individual, often parallel solutions of the visual references, both as viewers and creators. We base our aestheticization of the artistic expression on this phenomenon.

In the decisive process, the self-definition of human being and its positions in wider contexts are important to me. Physical and psychological navigation in the context of a given situation, to which an  individual is exposed to.

The being in relation to an artwork most often looks for an analogy with oneself (in those cases where this is not possible it becomes the actual motive of the artwork) or with a subjective experience **. General objectivity is in such cases often a guideline and a bit of a dodge of the author’s expression through a collage of his thoughts. Loudly undressed definitions of general experience, disillusioned by plain entertainment. It results in the loss of intimacy of the artwork, the motive’s conformity will not allow a timeless indefinite dimension which is the constructive element to bind the contemporary aesthetic paradigms.

The status of the artwork often becomes an inappropriate popularization of the artful process such as the political-social dimensions of a “happening” ***.

The ability of empathy is, and always will be, for the authors of the artefacts the relevant authority. Through the creative process and the identification with the supra-individual “self”, man can realize an intuitive idea that the meaning of life is hidden outside the human experience.

The existence of emotion in painting toward the viewer. Here, while “happening”, an emotional bond between the object and the subject of observation occurs. These emotions can be not admitted. They may be transferred towards the impulse of the viewer’s intuition, defining a further development of the narrative or logical thoughts.

Emotions caused by the “happening” between the viewer and the artefact may often be admitted. In such cases, they may be further used as a base to affect directly the viewer’s ego for the use on the field of a pure conscious reaction. For instance, insult, chaos, aligned rebellious movements, self-identification as a member of a subculture, nostalgic intimacy, etc. This is often connected with ideological-social or political content.

Entelechy – the complete realisation of the final form

A perspective, as a defining situation in the painting aiming for self-identification, is determined to be observed by one pair of eyes. A perspective can be expressed in many ways. The perspective of dimension, color, time, inner space, state and character of the object (depravity, novelty, worn-off-ness, collage-ness of connected objects). That way is the perspective destined to be observed only by one subject in the state of “happening”. Such a perspective is mirrored in the viewer’s inner world in opposite values and therefore results in being zeroth, flat. The present of the western world is defined by individualism and from that arising flatness of neoliberal practice, nowadays has already been surpassed. Many contemporary paintings focus for this reason on flat organization of the situation.

Perspective is closely connected to human physicality. In this context, physicality does not only refer to bones, flesh and other soft tissues with blood flowing inside of them, but also pain, narrative processes, history, imagination and both physical and psychical experiences connected with an overview and distance, etc.  Physicality and its peripheries are the stable foundation stone of the motive of an art creation.

Interpretation, explanation, definition and other analysis of the metaphysics of an artwork, are the direct intervention into the integrity of the author’s will. Therefore outer silence, as the element framing the perception, is the most respected commodity linked with painting, sculpture, installation or video etc. It is the principal element of a “happening”, the correct setting, the fine tuning of the introduced situation. That’s why the shouts of colours and the stories of the structures about their creation shall stay unspoken. If the interpretation of an artwork becomes part of the artwork itself, it is often the main motive and also a critique of the interpretation itself.

Institutions vs. intuitive freedom of consciousness.

Formal art world vs. an informal grouping of people with no reason and no location.

There is no exact need for a result.

These and many others are my reasons for painting. Those are my thoughts in process. A small sample of my system of work during the painting process.

* I borrowed this term from a sociological realism and I believe I can extend it by an art historian context.

** It can by understand as simulacrum by J. Baudrillard.

*** According to the theory about artworks of art by G. Deleuze. 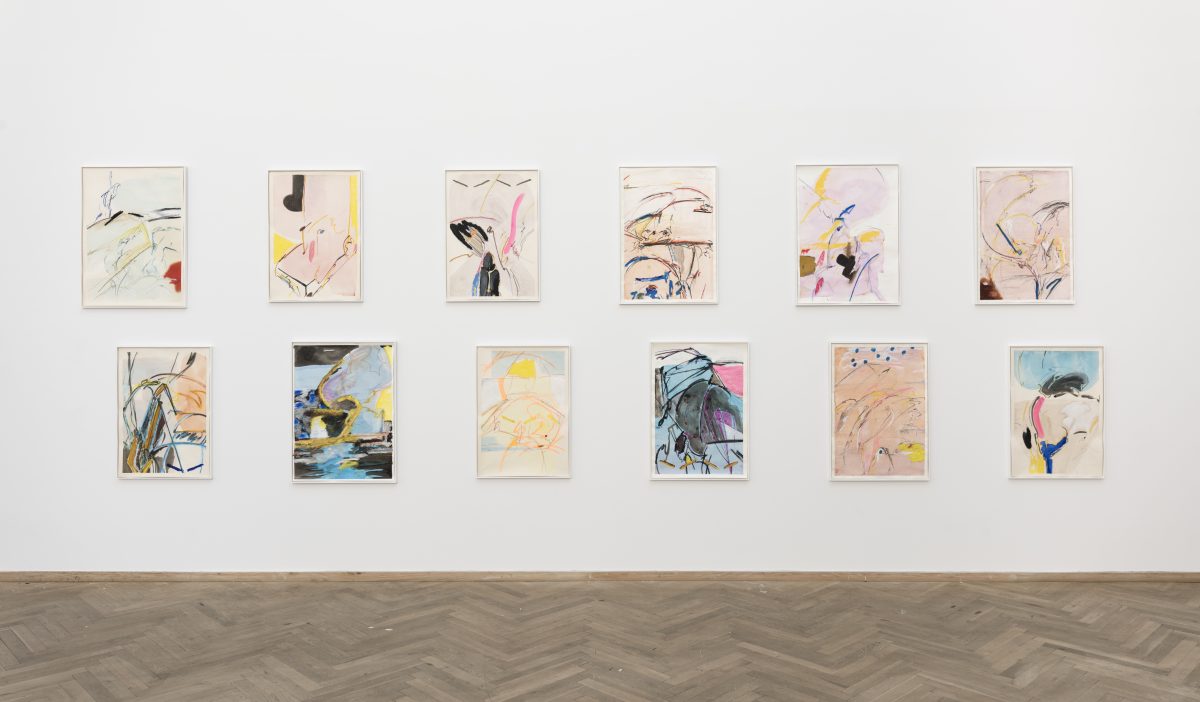 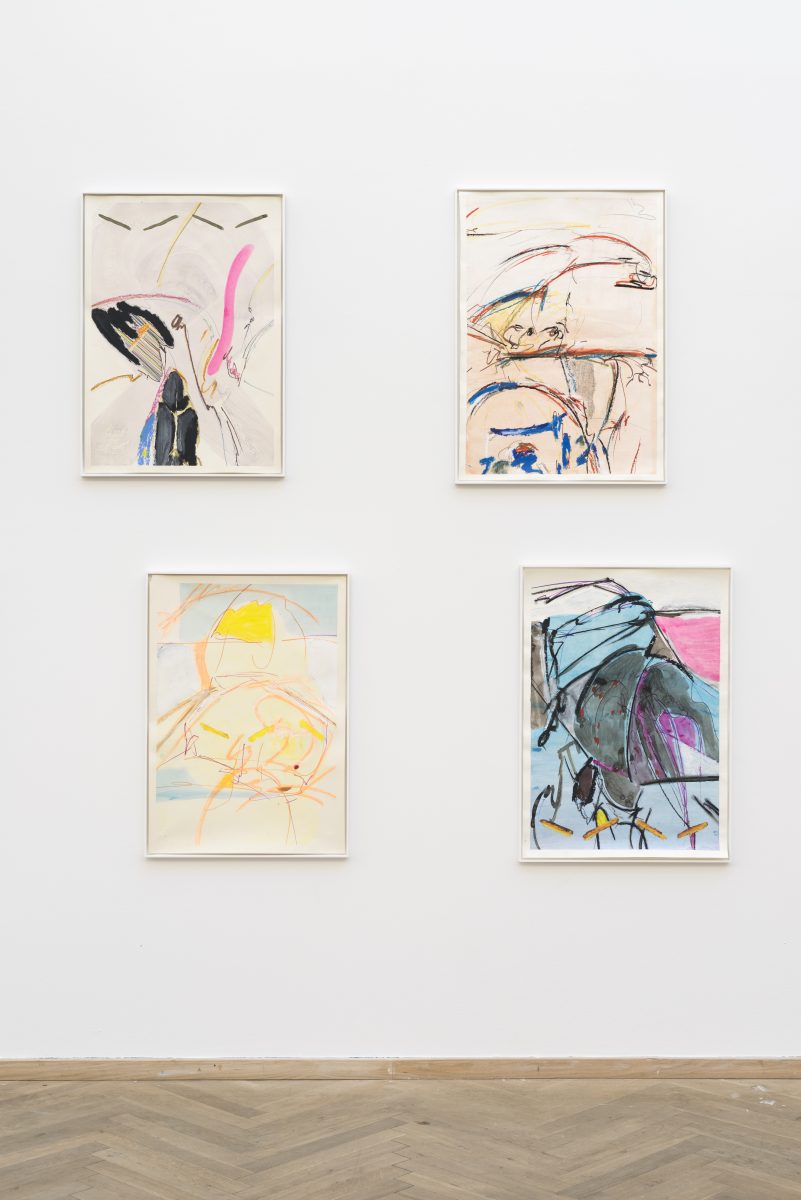 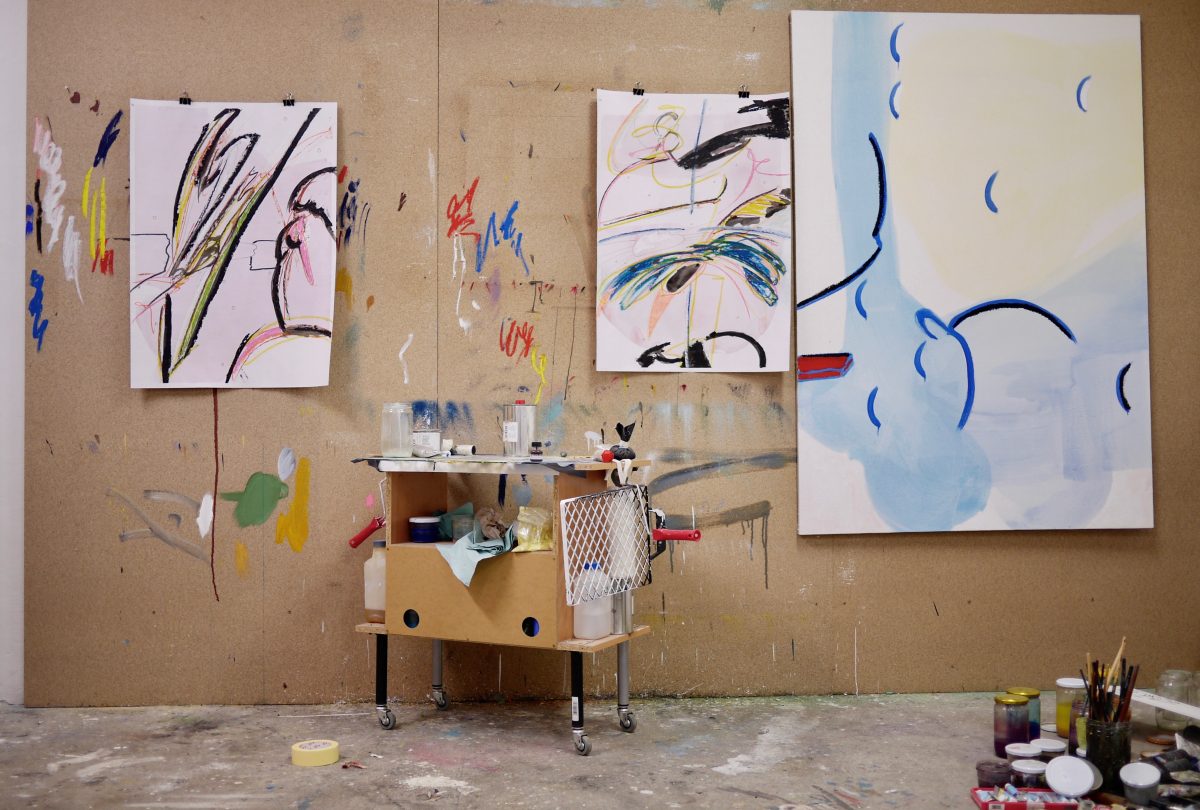 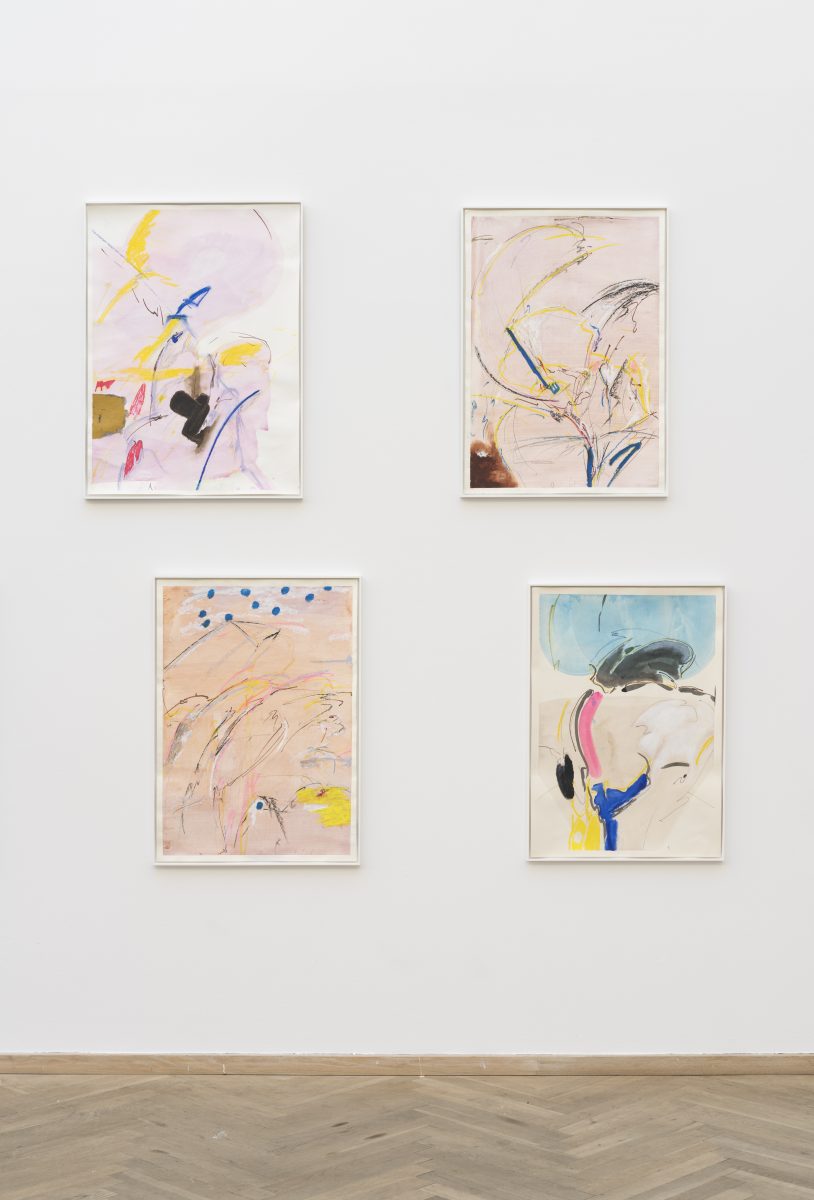 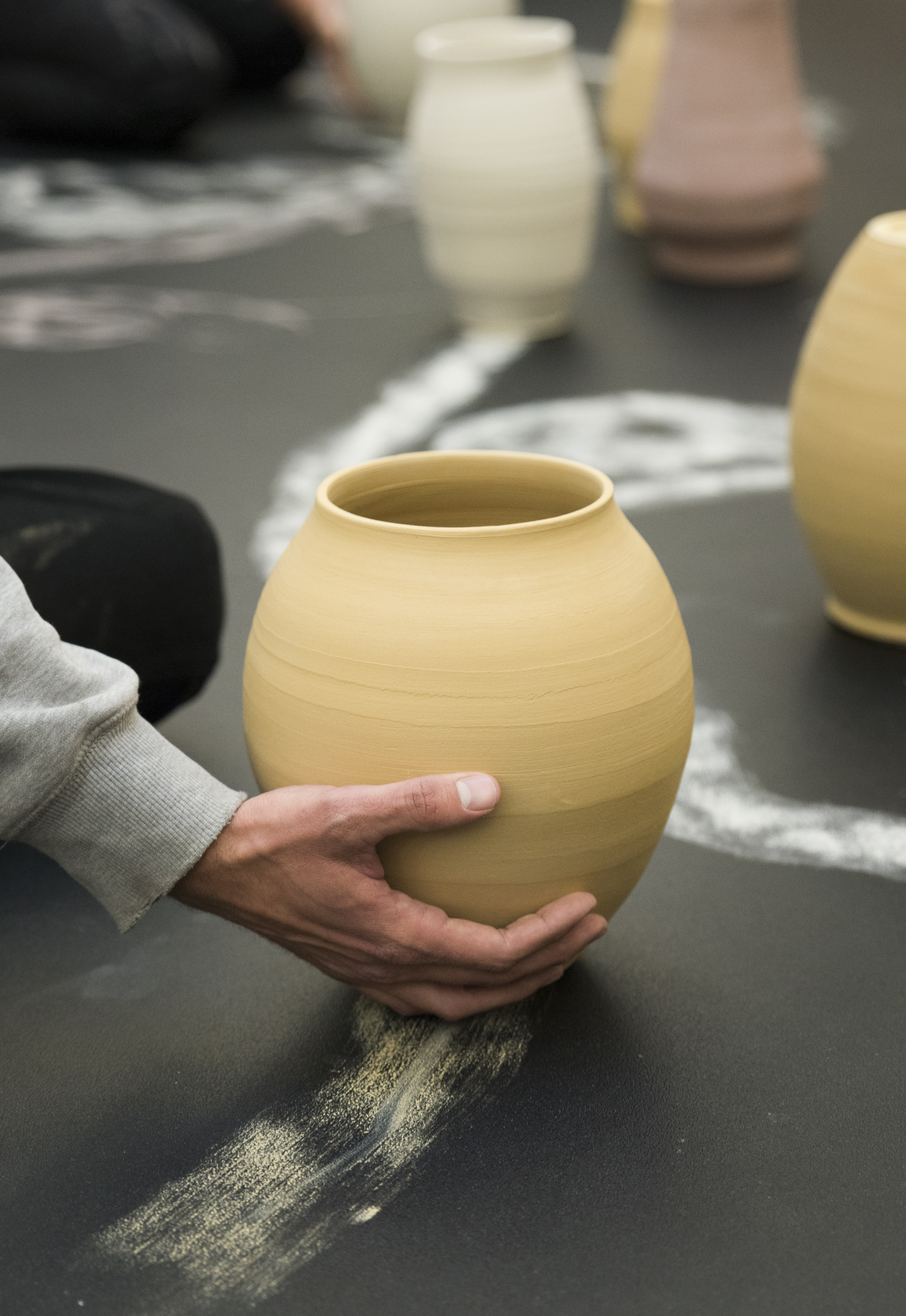 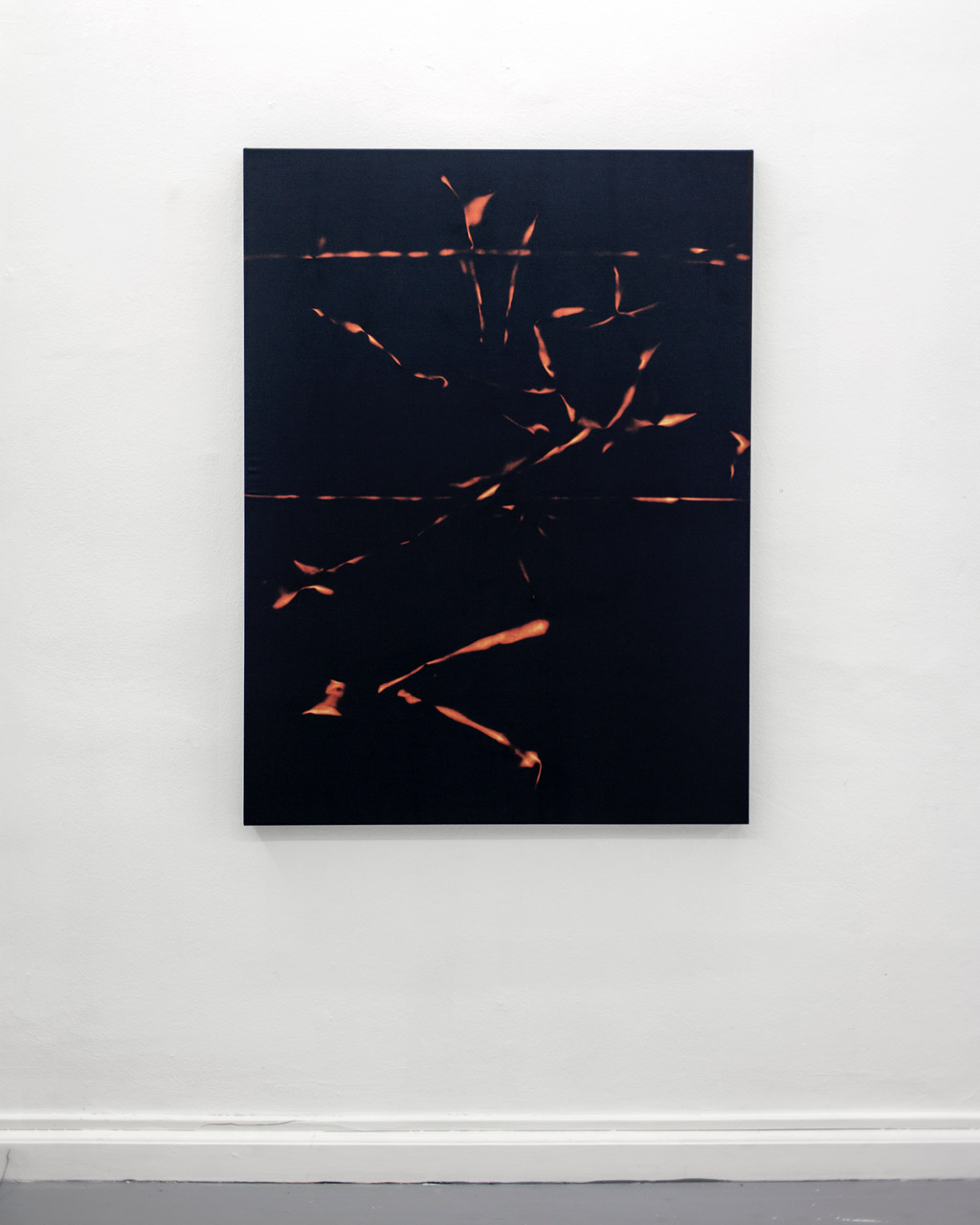 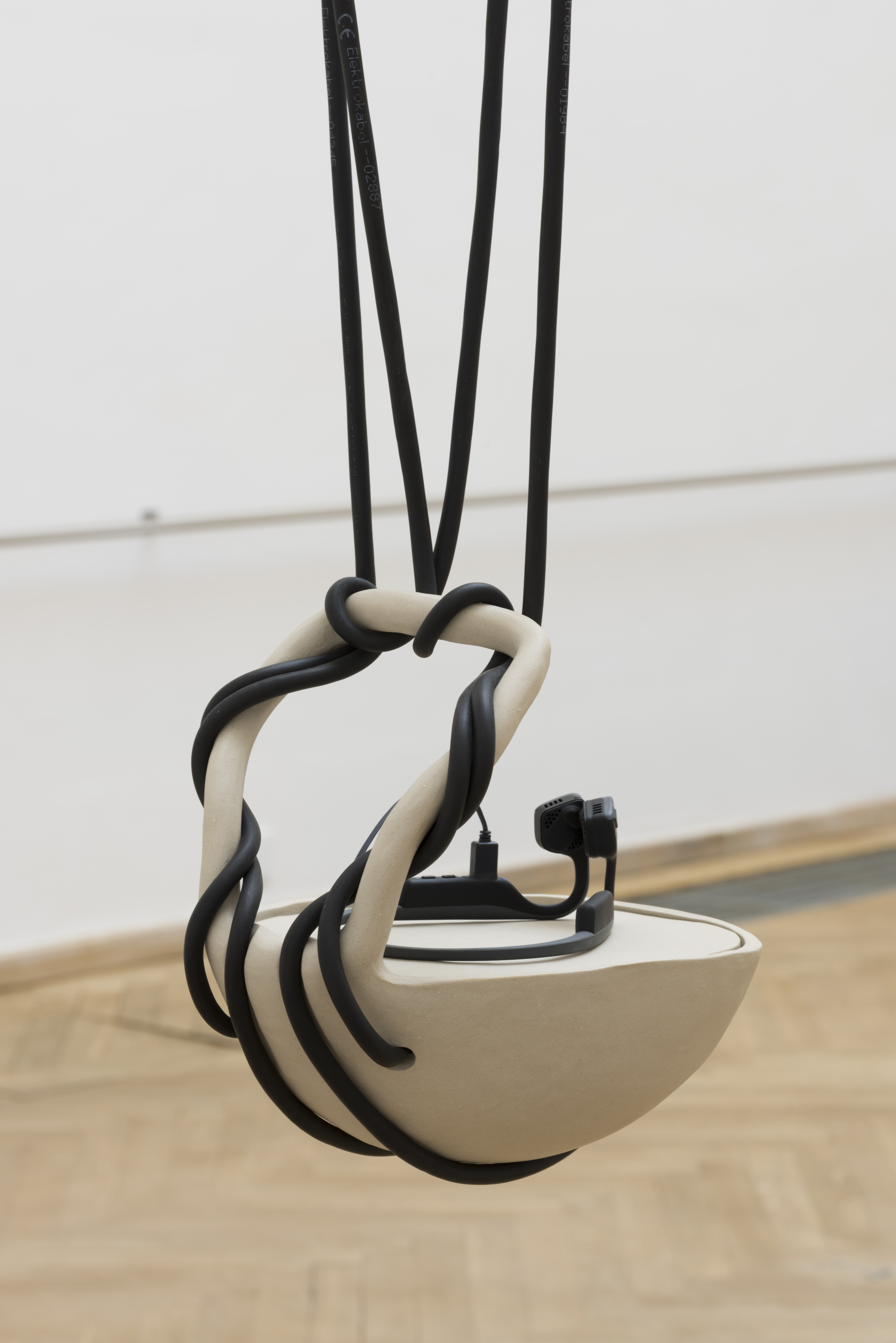 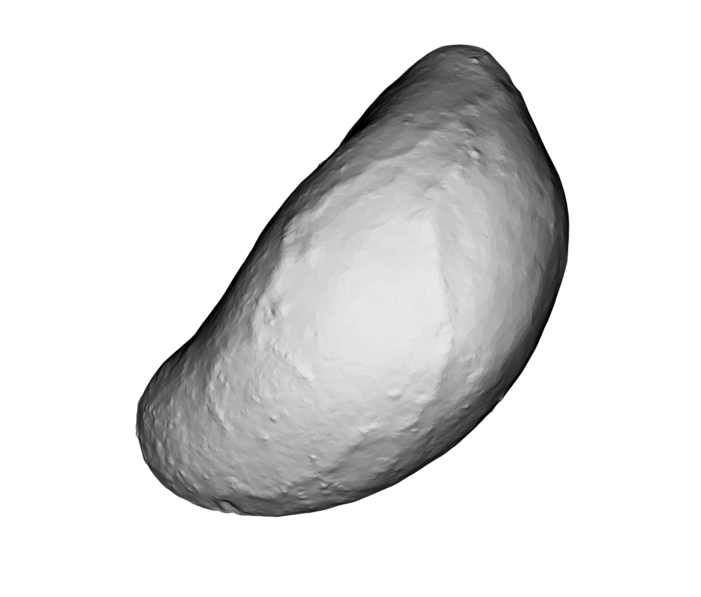 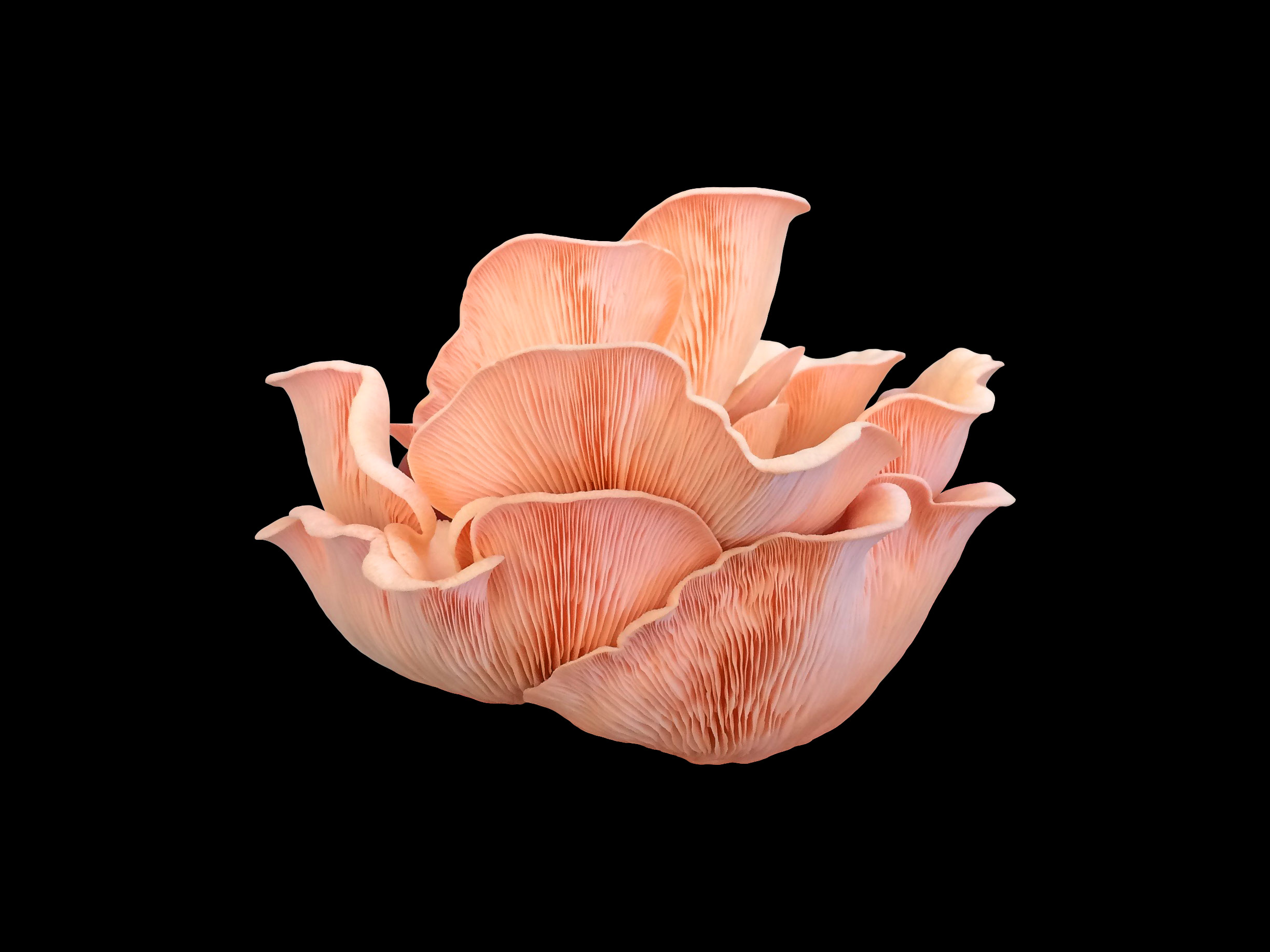 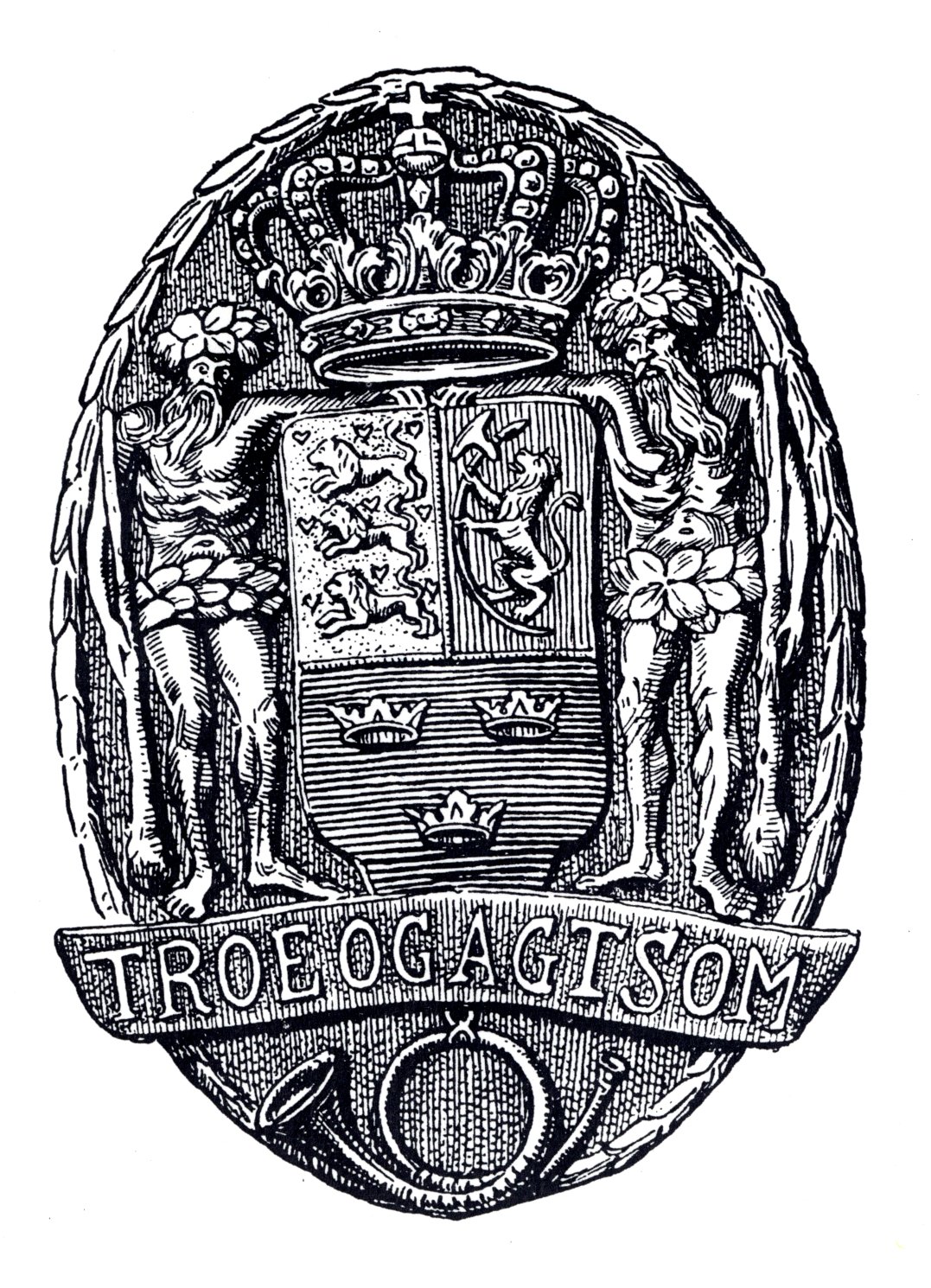 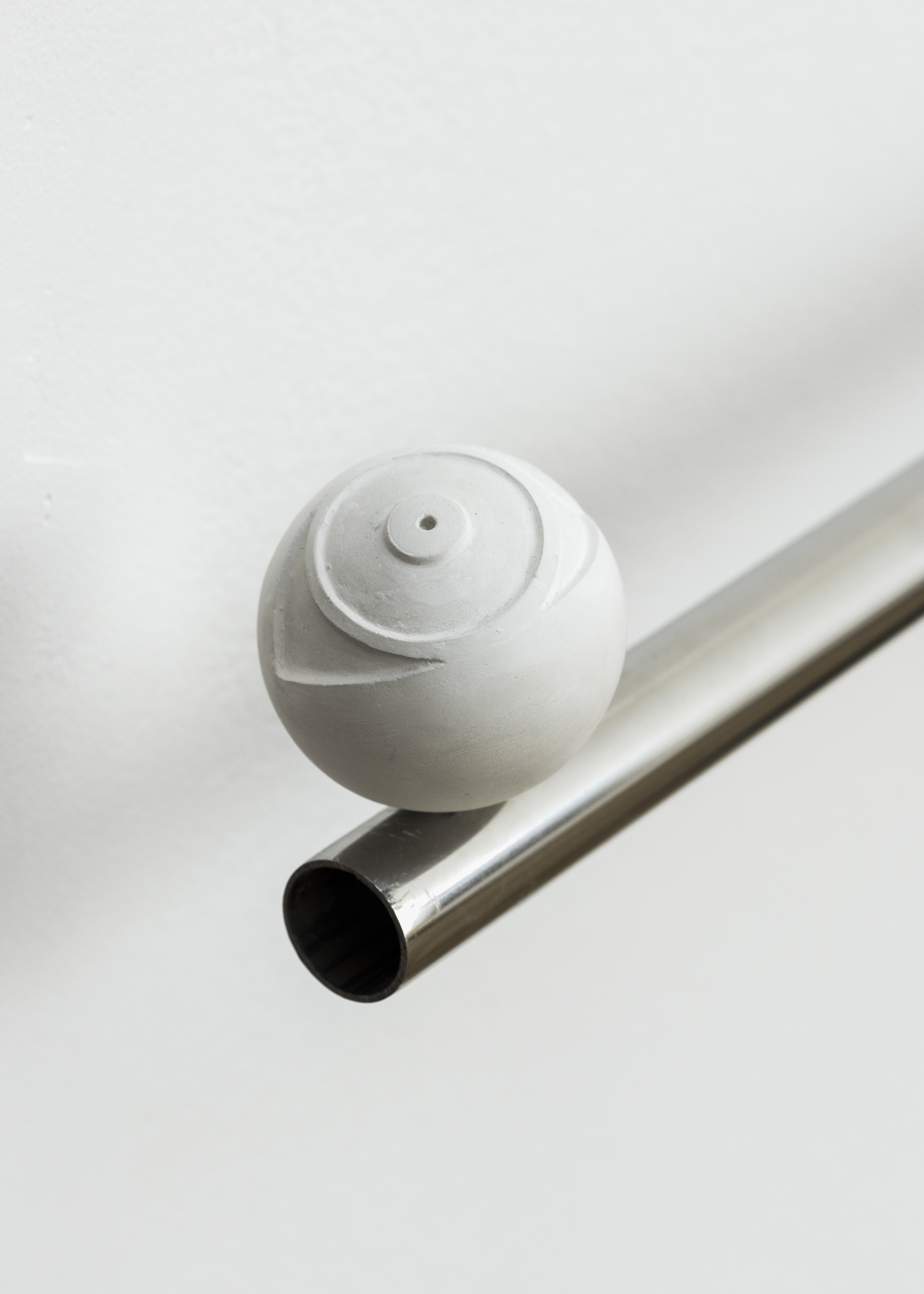 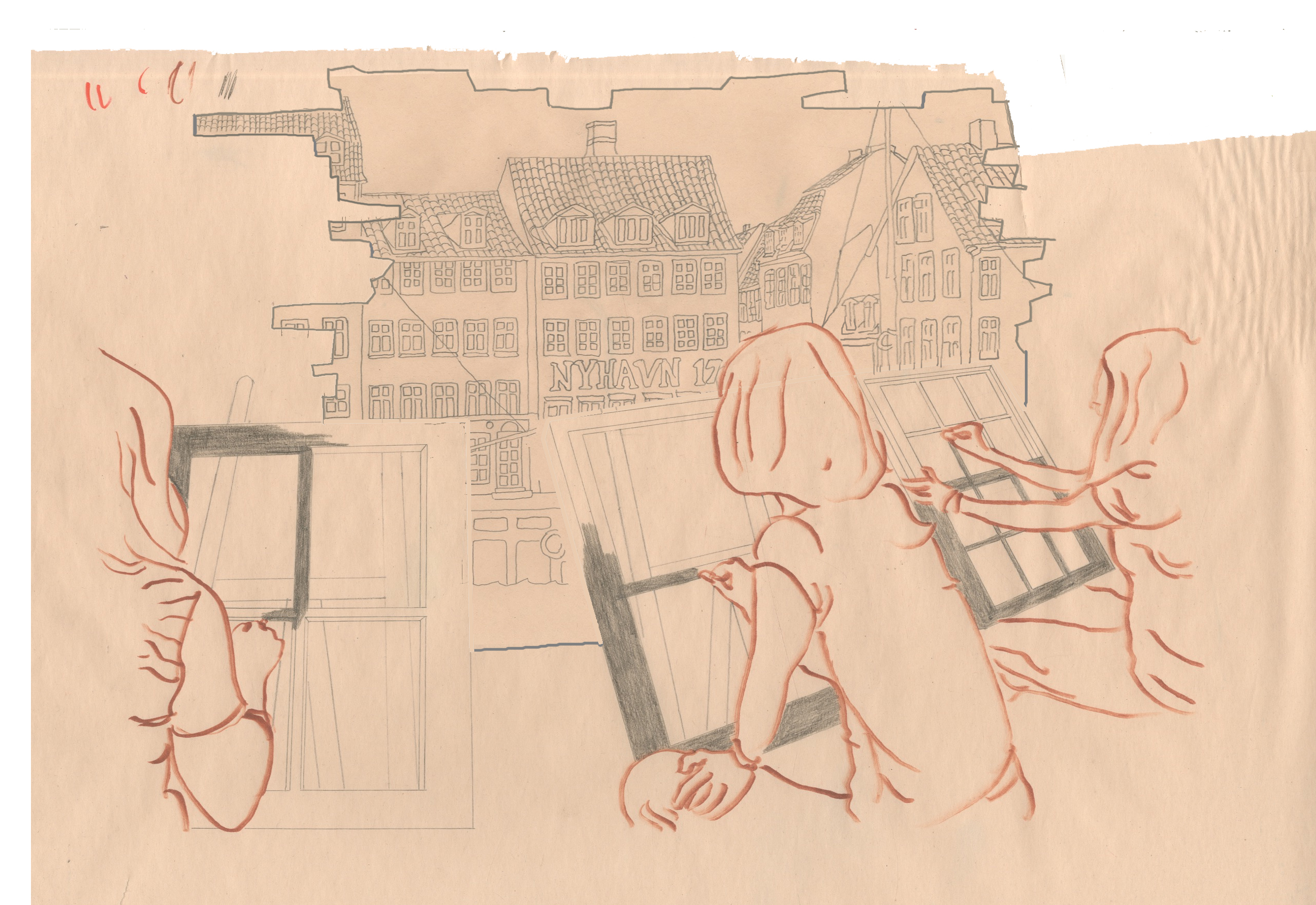 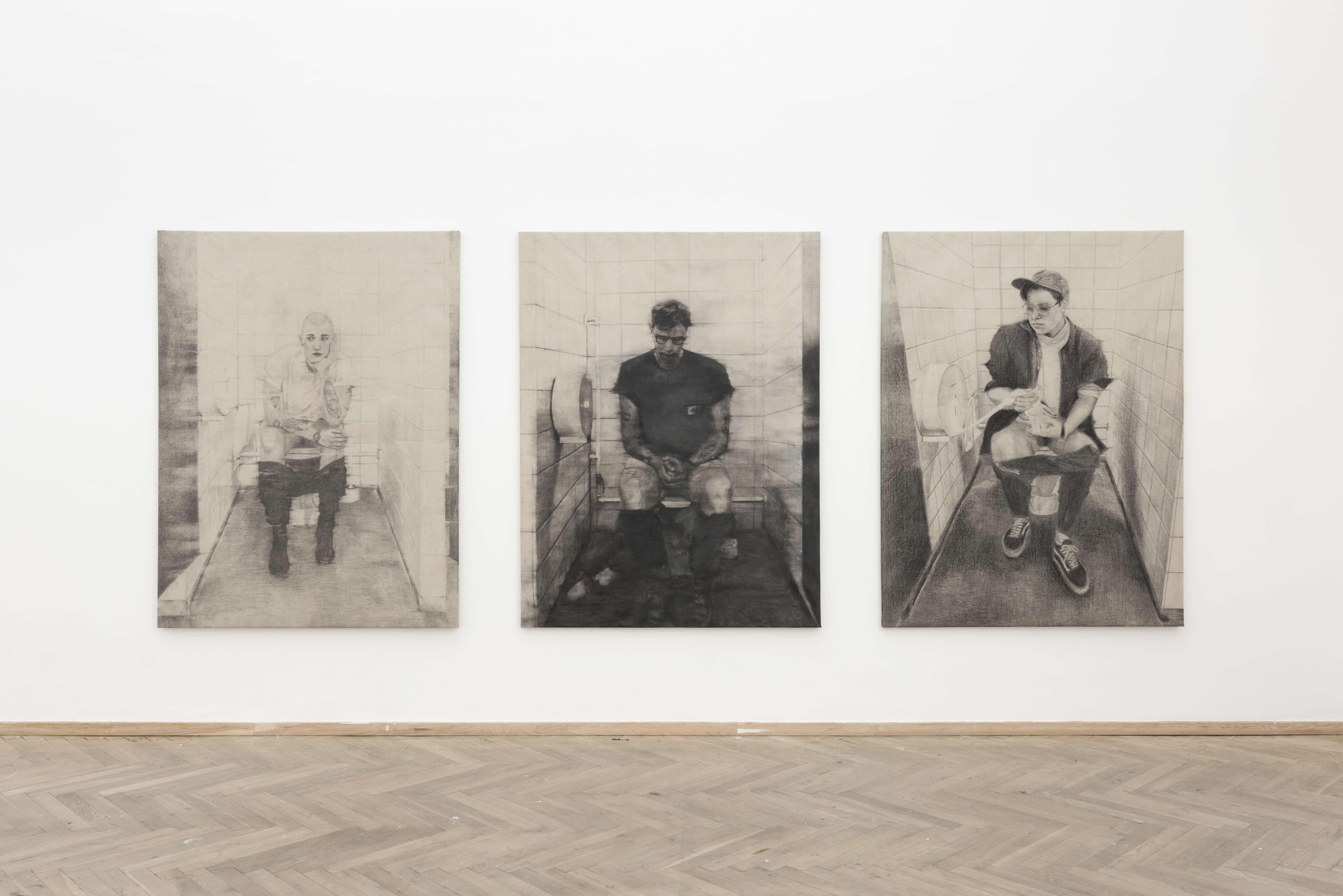 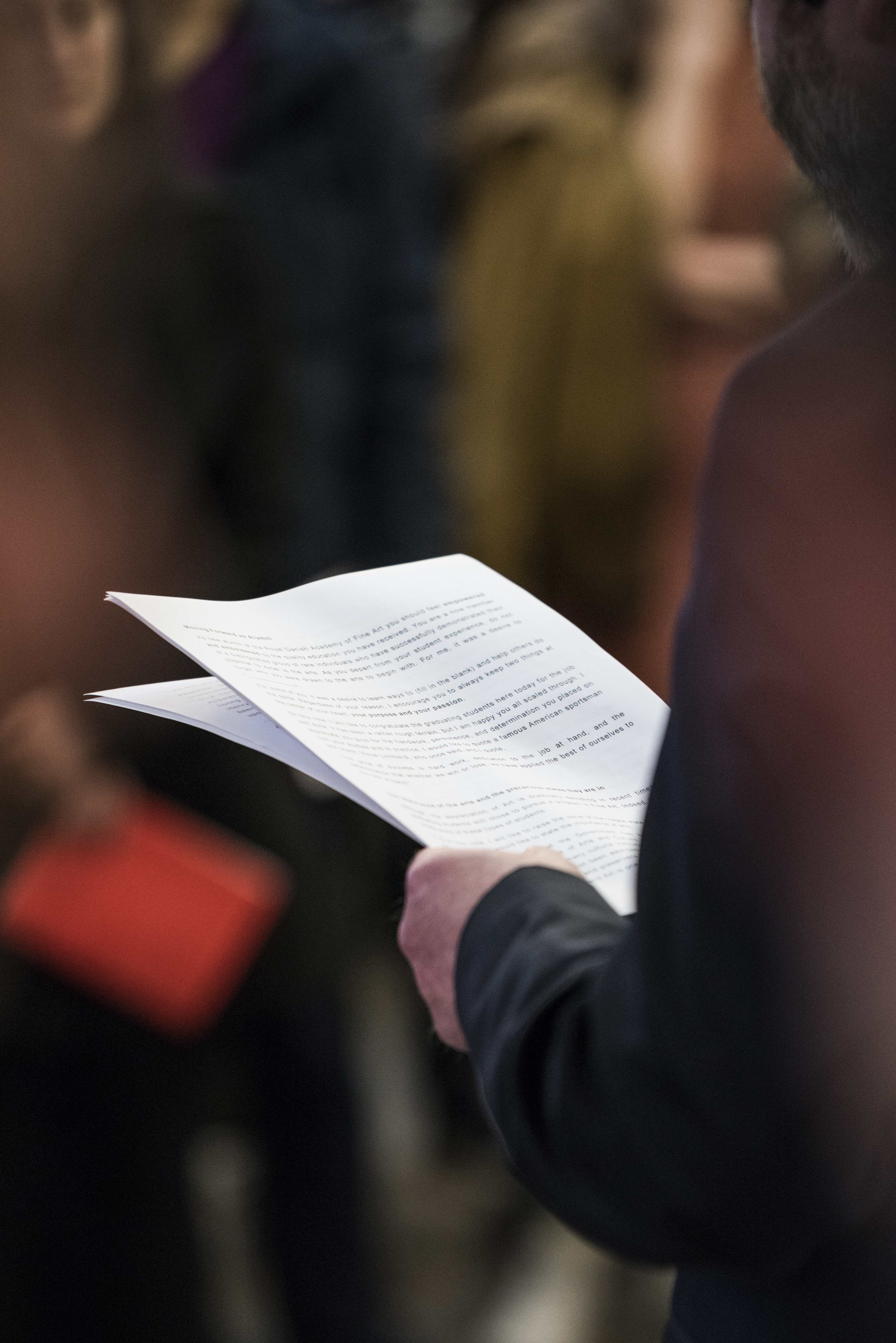