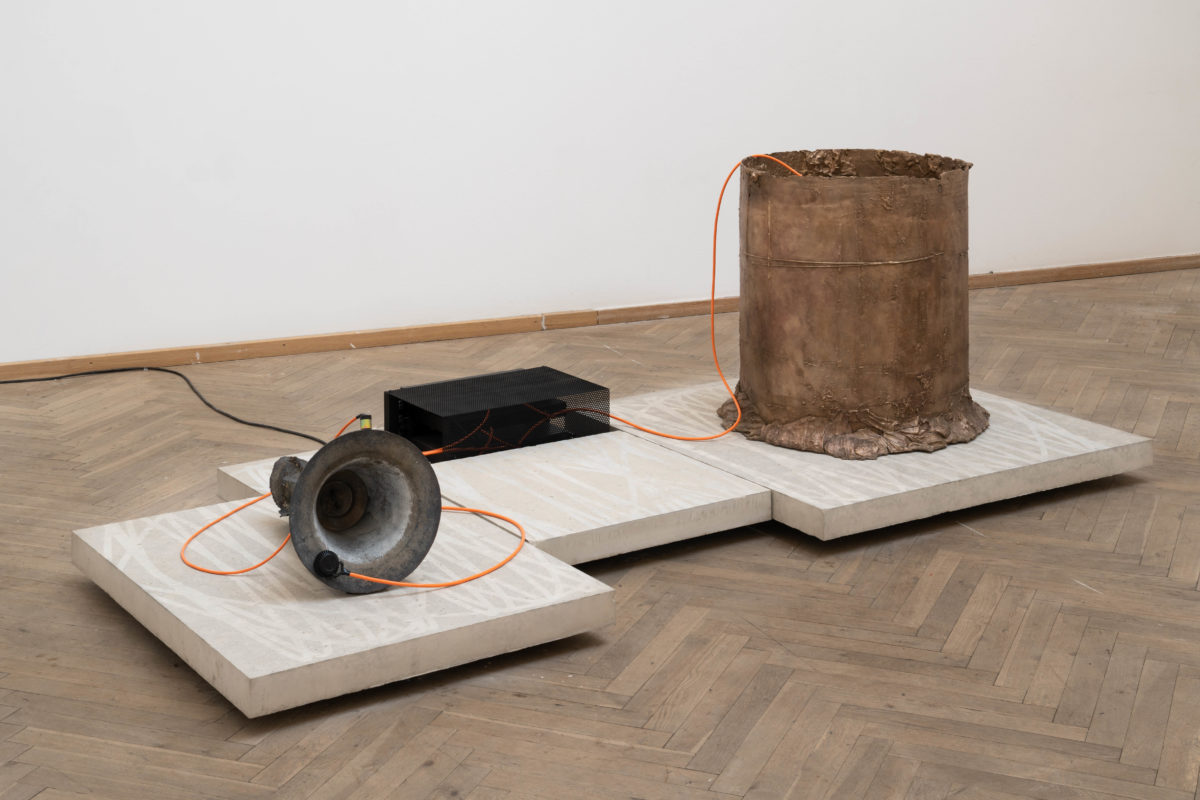 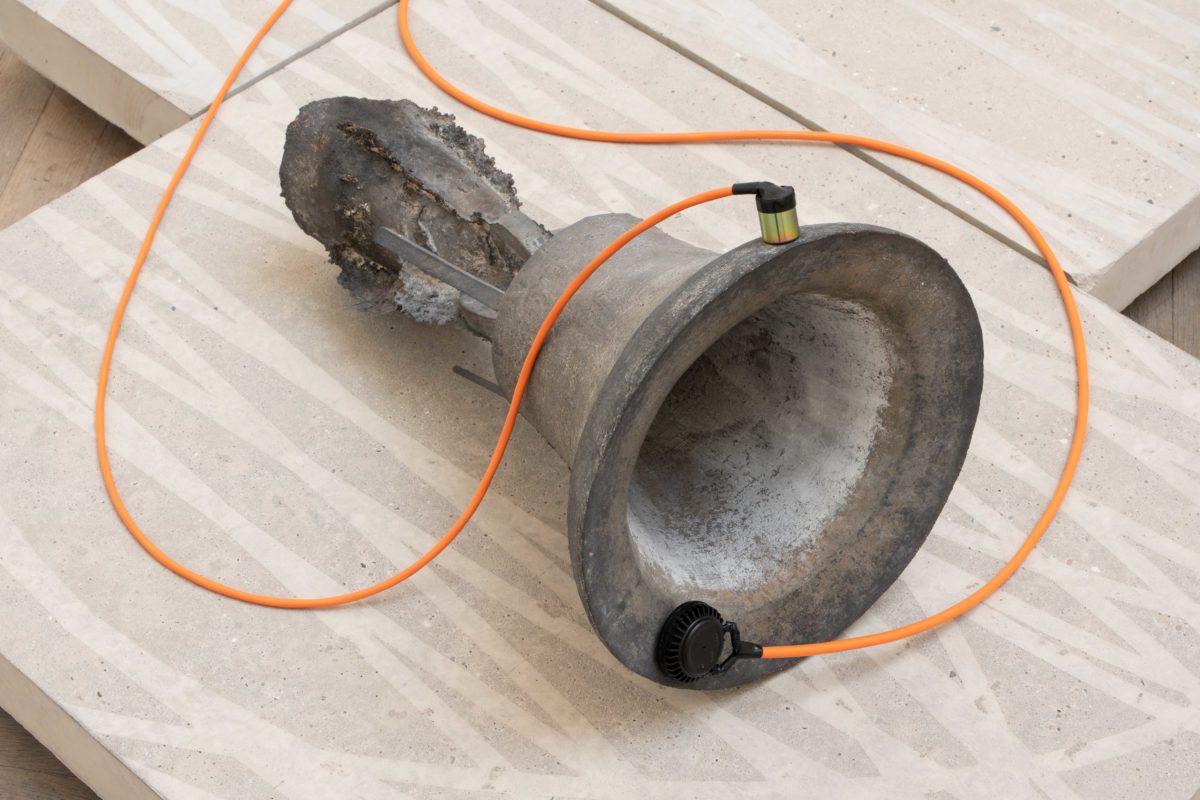 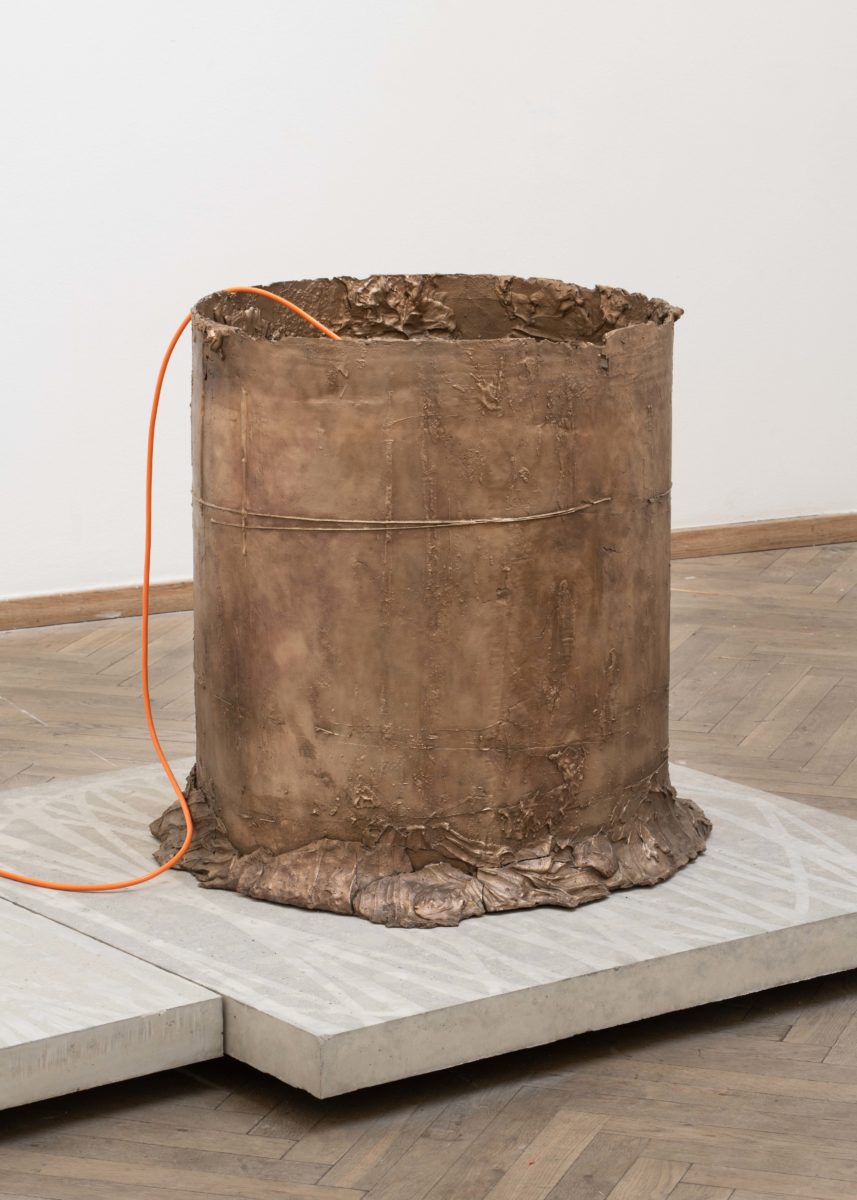 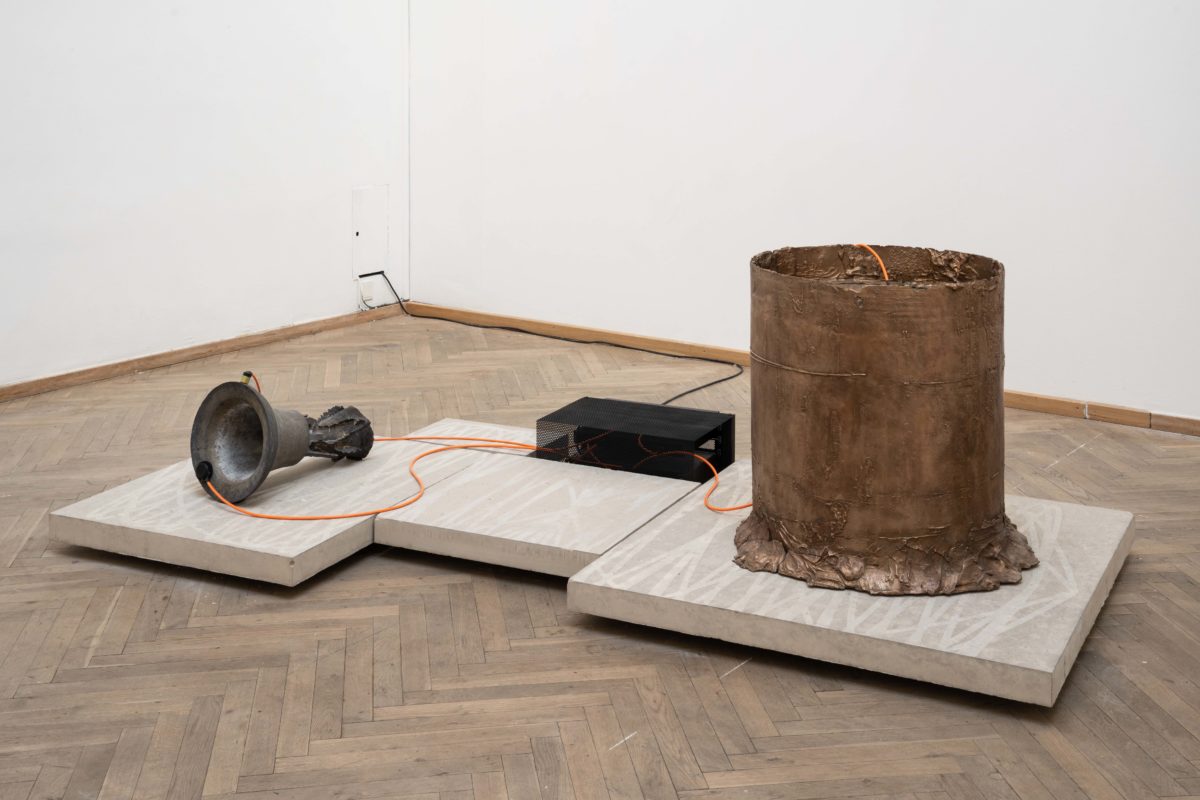 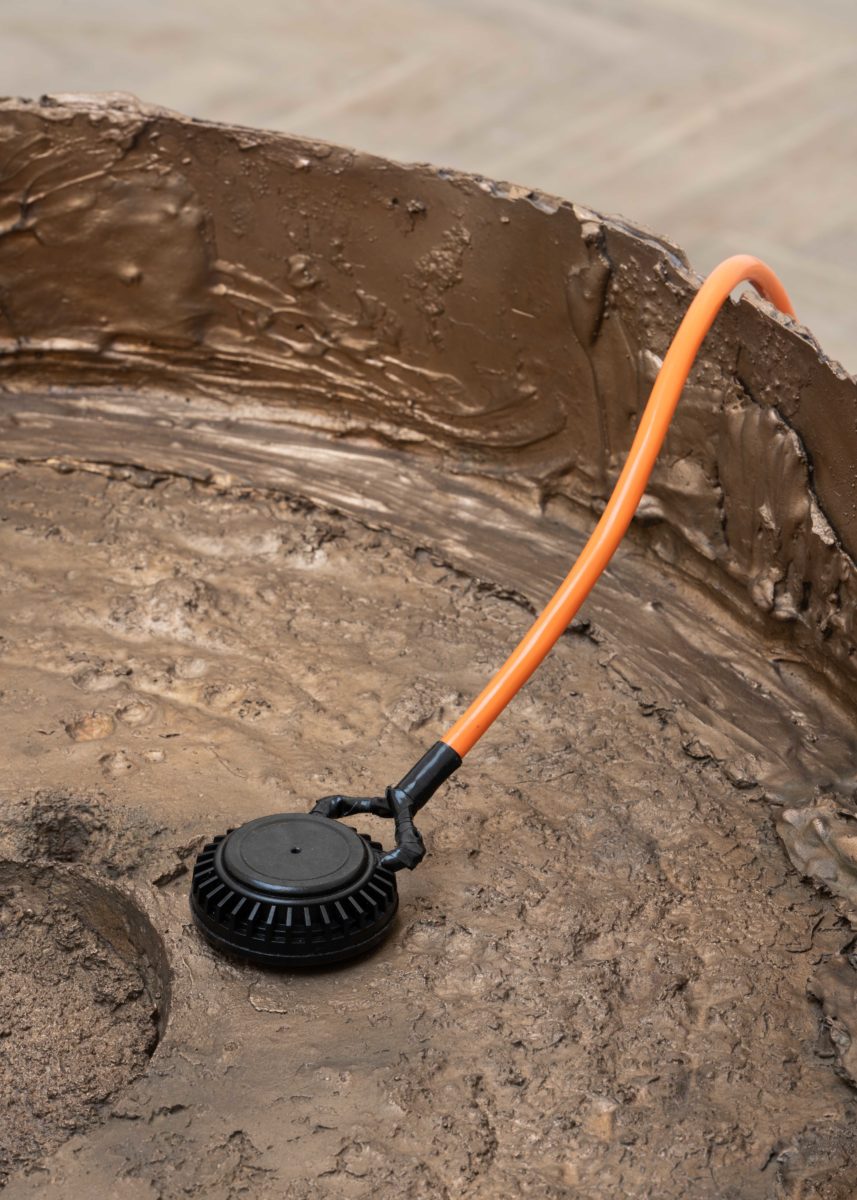 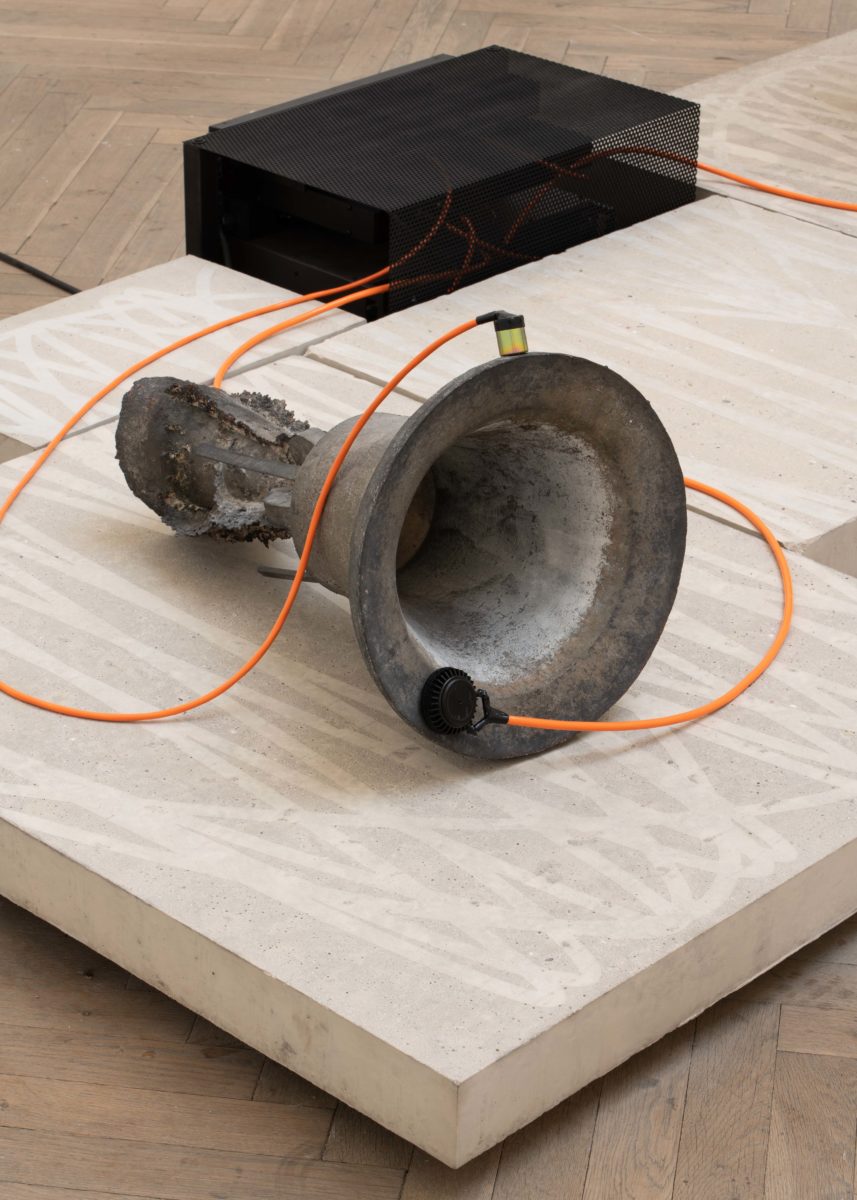 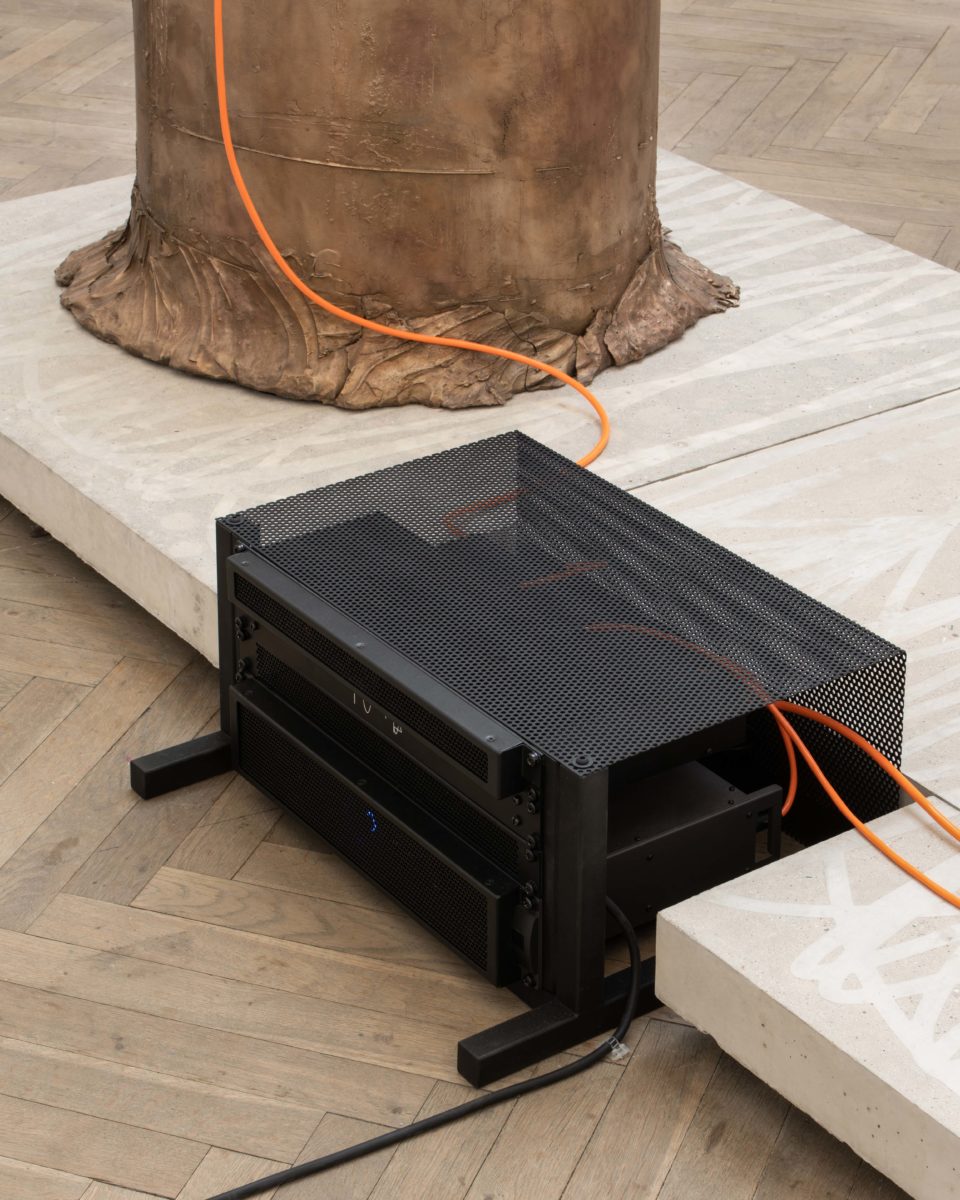 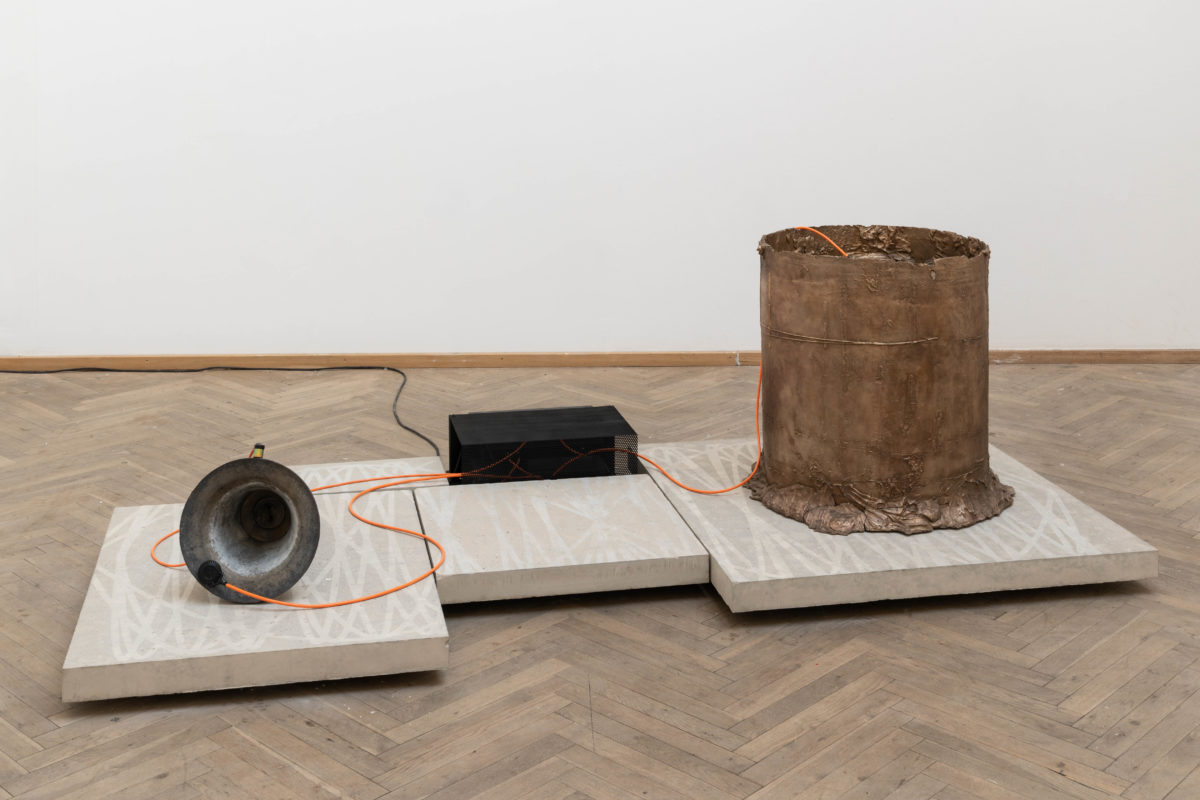 “Hans F. Beck is interested in time, materiality and collective memory, which he explores in his project through bell casting and sound. The piece consists of two bronze sculptures, placed on a concrete base, connected in a seemingly endless loop of vibrations that create a constant droning sound. One sculpture has the shape of a bell, the other the form of a container or mould. Looking closely at top and the center of both sculptures it becomes clear that one seems to be a mould that has produced the other. The bell is marked by traces of its origin and manufacturing process. Funnel and ducts from the casting that are normally removed are in this case left on the final bell. These elements become part of its sculptural shape and act as a support for its arched position allowing the anchor point to hover over the surface of the concrete surface beneath it. The other sculpture is not the actual mould that produced the bell but a detailed cast of it, which also carries traces of the funnel and duct system. A pattern of sine waves from the bells main five partials is marked in the concrete base, which also functions as an acoustic floating floor. The curves map out the relationship between the two bronze sculptures as well as the premise of the diverse droning sounds they generate: the vibrations of the bell’s self-oscillation travel as electrical signals from the bell to the mould. On their way, these signals are phase-inverted and passed to the mould as a counter-signal, generating tones on the different sculptural premises of the mould. This closed system generates an acoustic and bodily effect produced by the self-oscillating state. Reflecting through form and sound on the workings of the mnemonic, Liquid Intentions (to create a static concept) is simultaneously anchored in a moment of process and stretched in an infinite loop.”