1985, The School of Time-Based Media Skolen for Tidsbaserede Medier http://amaliesmith.dk/

When wanting to read further in a document or on a web page, instead of dragging the sidebar down, you now drag the whole document up, as if you would place your fingers on an actual piece of paper and slide it. 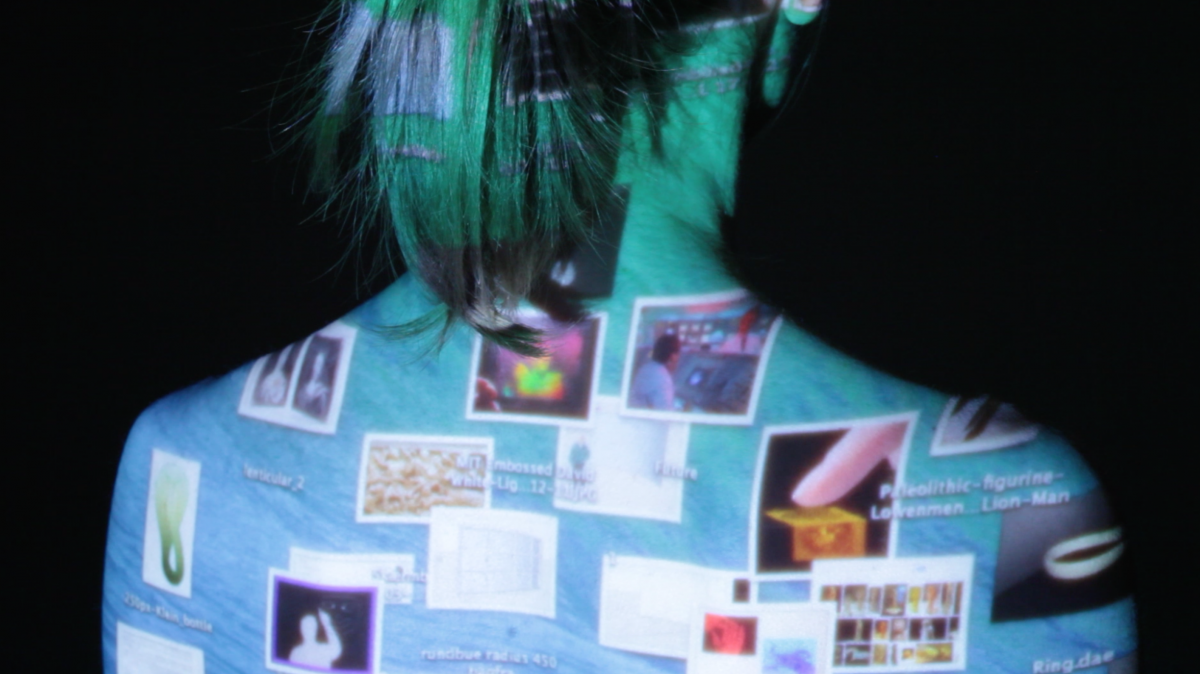 Among the earliest traces of human touch we find the hand stencils of cave art – a prototype of painting in which the touching hand is both motif and tool.

The touching hand is key also in finger flutings – a nonfigurative art form performed more than 10,000 years ago by adults and children sweeping their fingers in a soft substance, found in caves, called moon milk.

Here, the hand points to the trace of its own touch. 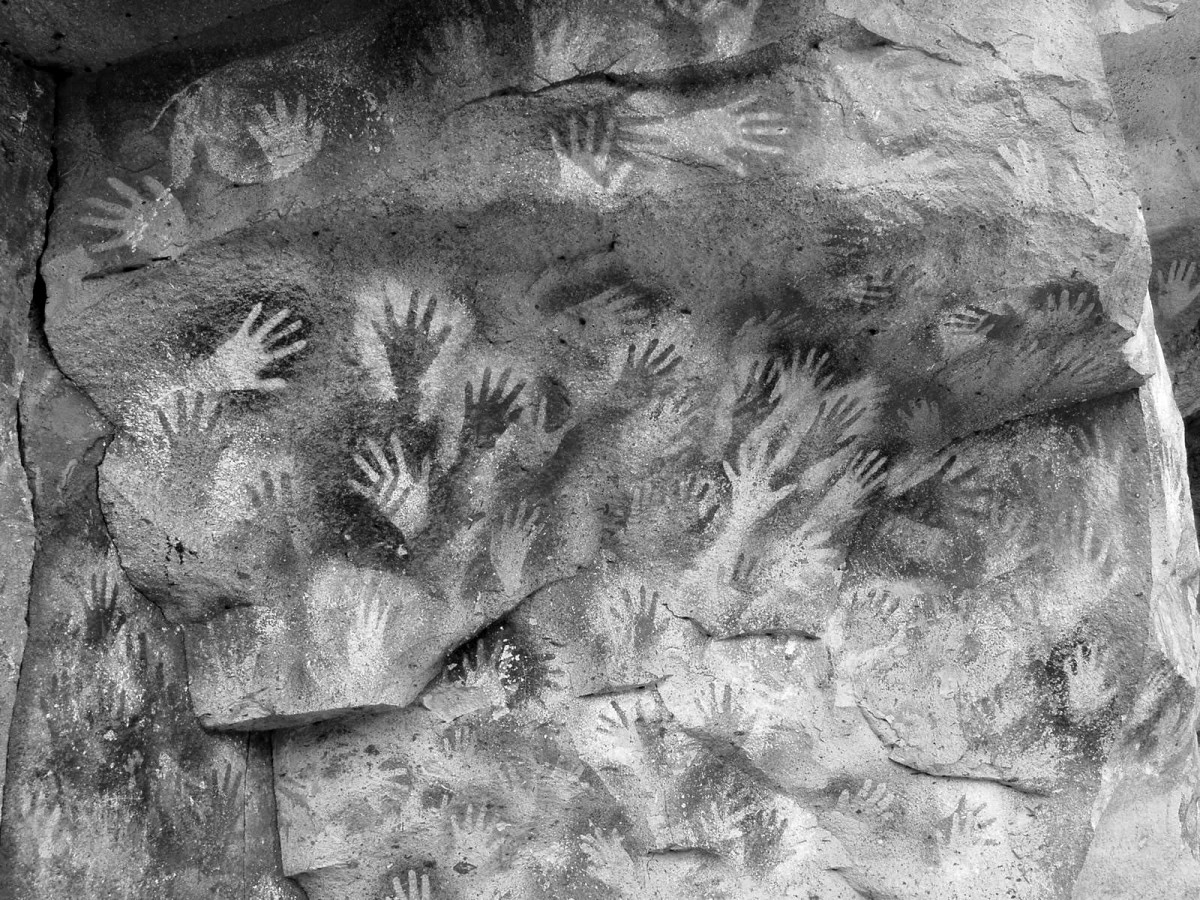 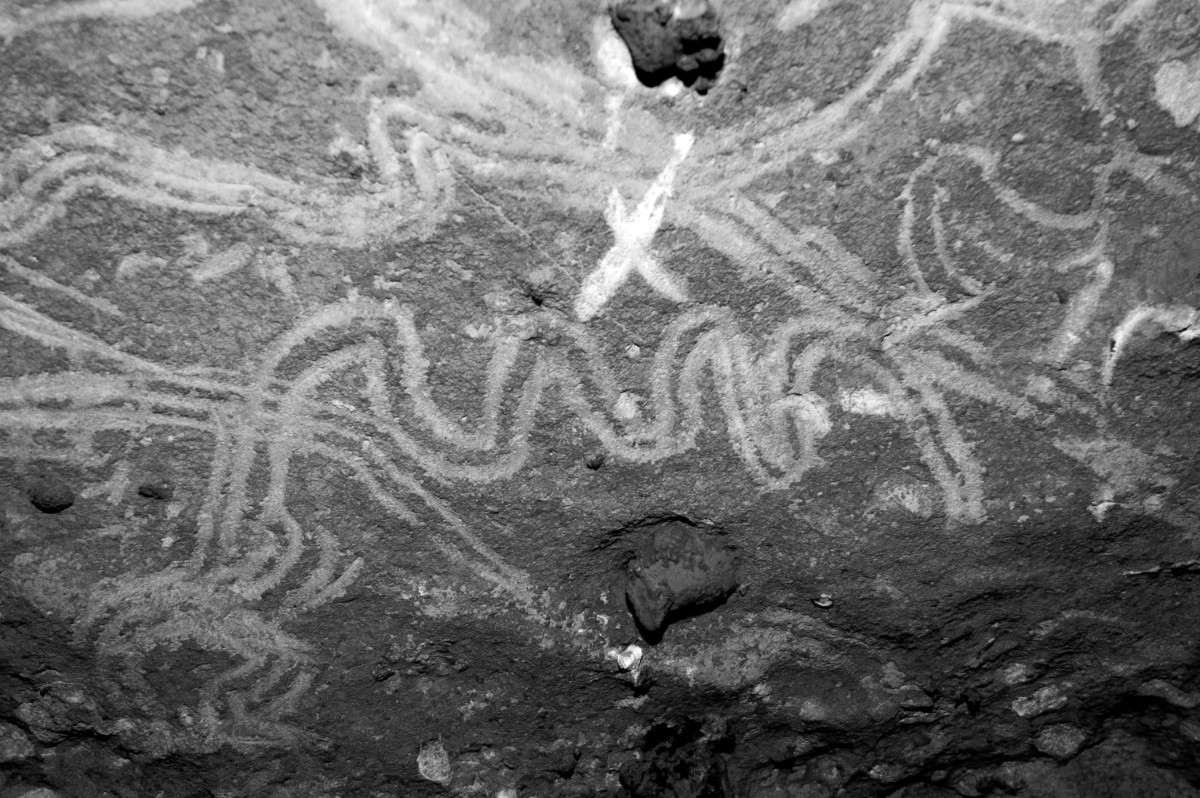 An early ritual of our desktop publishing ancestors was the process of creating type, and adding a drop shadow. Archeologists tell us that in the pre-PowerMac and pre-Pentium days of 1987, right after he created his first perspective checkerboard patterns, primitive DTP Man made history by creating text and adding a gradient fill behind it.

Excavations at Palo Alto and Cupertino have confirmed that the practice of creating drop shadows was widespread, and scientists believe that every mouse-clicking Neanderthal was genetically compelled to make type leap off the page using this digitally induced optical illusion. 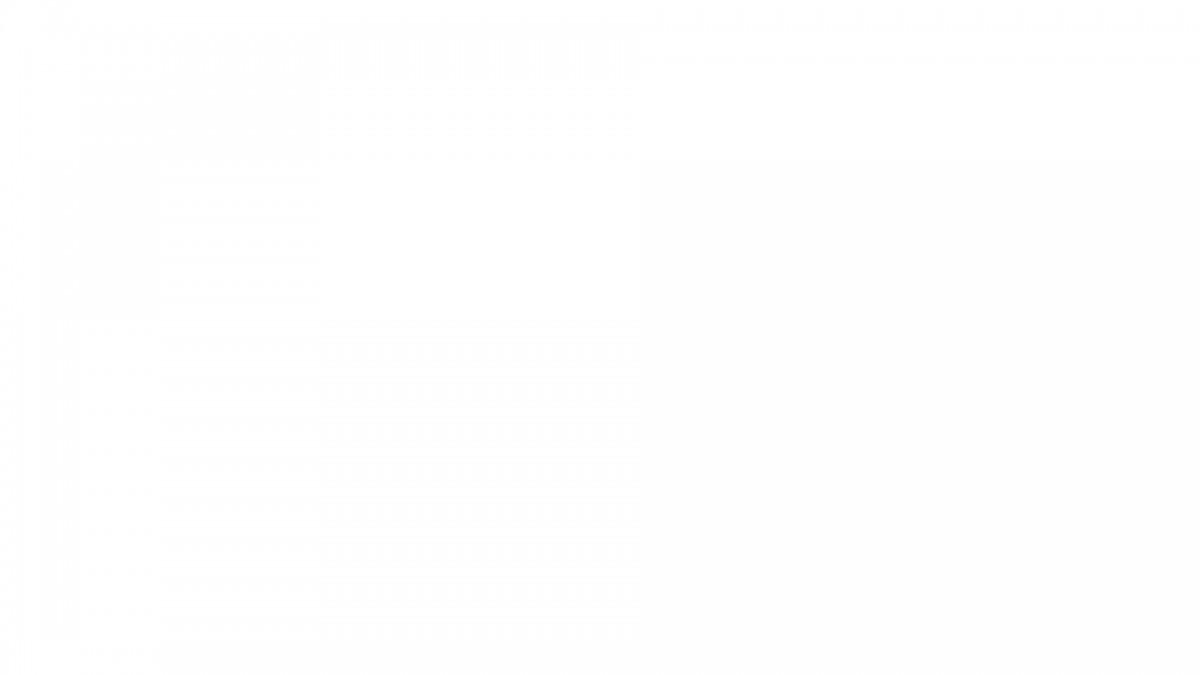 Film is a translation of object and world to the two-dimensional surface of the screen.

Even in a 3D film, the only things stretching out from the screen are the rays of light that collect in the film projector.

We notice the missing dimension when a head or a hand block the light of the projection. 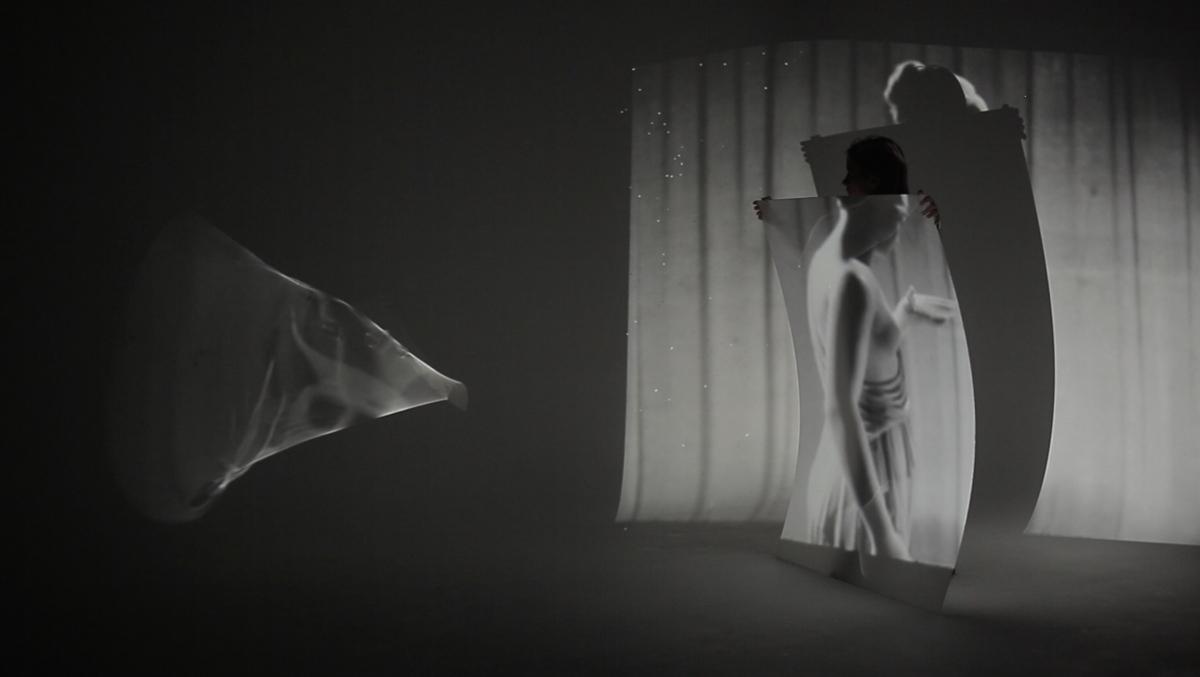