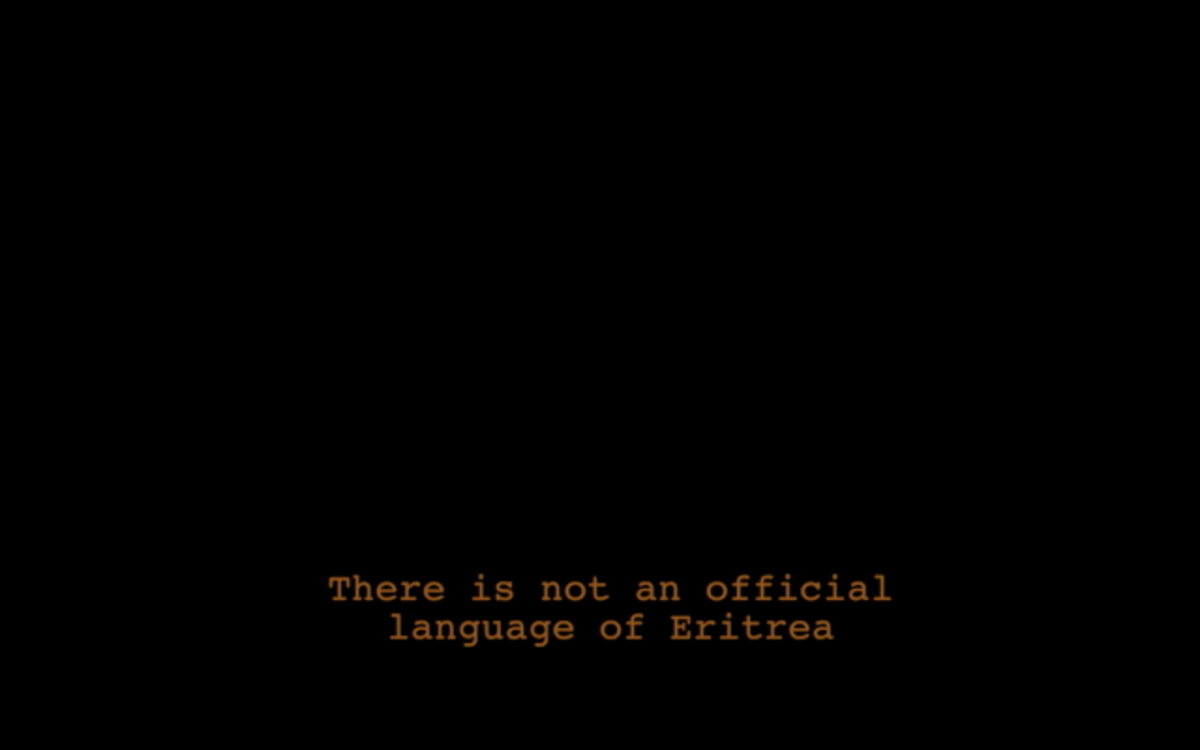 Artistic research on the notion of a young African nation, and it´s archive history linked to moving imagery, by using it´s state channel as one entry level.
Project description:
Looking into a young African nation: Eritrea´s archive history, before and after it´s independence ´91, using new media: Eri tv, the state channel as an entry level.
Using question such as :
What does it mean to build up a new nation, a countries identity using moving images and sound?
How does the body/the people record/archive, linked to memories?
What is activated when one connect people, memories, experiences of the past, using moving images as a language? How does it tell or even re-create a new national history?Looking into the meaning of an “independent state”, with moving images.
What does a state channel mean for it´s future history, its people and what form of language is used with imagery? What kind of political structure may moving images hold?
What may be the danger/possibilities in using such form of “representation” linked to new media?

The project seeks to investigate what kind of mechanisms would countries with different political situation, such as many young african nation today use, in creating or revisiting an archival language, by using for example, moving imagery and audio as tools.

Using excerpt from new interviews and old recordings, on what impact the state channel ( in the early 90´s) had on the different people of Eritrea. i.e its different nine ethnic tribes. Such as hearing their local language Tigrynyia for the first time on air, after independence´91. Before Eritrea was part of Ethiopia, the ruling state, (language Amharic) and later the former colonial power (Italy/Italian). The country would be known in the future as Eritrea, but at the time in the local tongue, it was called Mdree-Bahree-Land of the Sea.
Eritrea have had a military run government since ´91. This may be a cause to a longer after effect of the countries Italian colonial history, that rose to heights especially in the 30´s and the national state channel Eri Tv is somewhat used as an educational tool, using the countries past and present history told with moving imagery, today.

The project also seek to instigate an alternative and interdisciplinary dialogue on archiving and looking into how to read/interpret, or revisit different archives by focusing on the moving images producing meaning and also a history of archives linked to it´s time – with its memories, political landscape, cartographies, and affective potential the project hopes to play a critical actor in the work of examining how one understands archival imagery and possibly also a historical recovery by using archives as a medium. 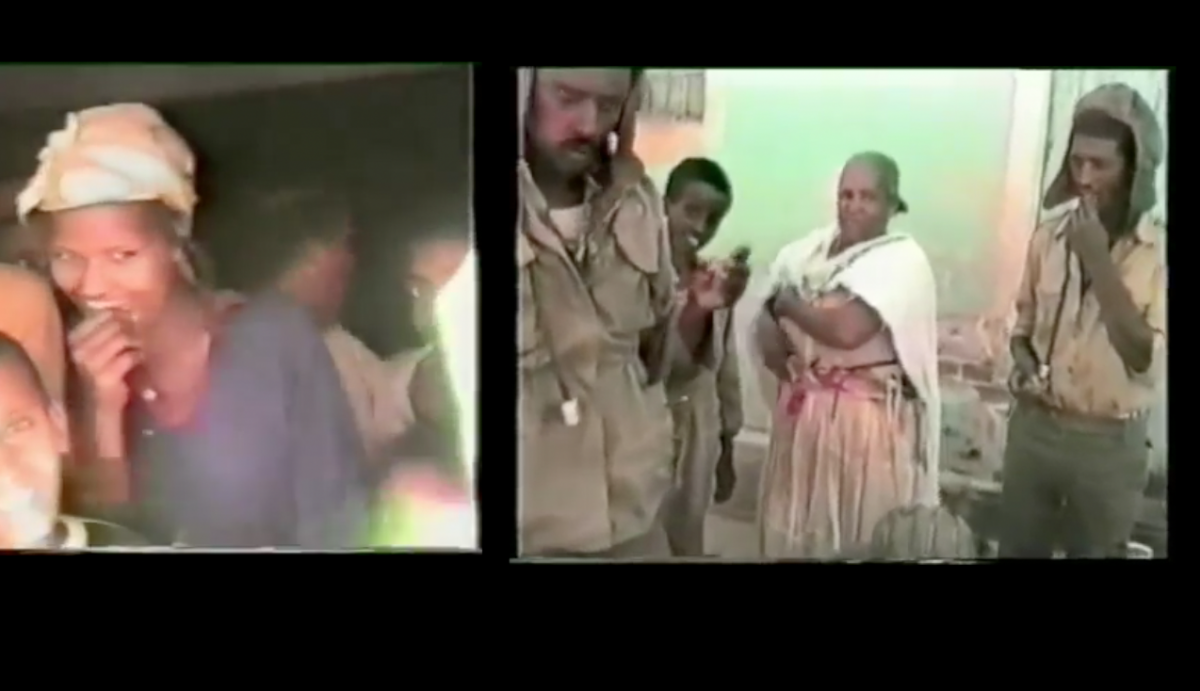 Video: Mdree-Bahree-Land of the Sea
Excerpt from the dialogue:
___There is no escaping popular culture, if you´re living in a western society.
If you look at a national charter, cultural revival is Its key component….and then on going. There´s high value placed on It.
Products of the west… I mean when one is sitting there watching CNN, BBC and MTV. If you then put on Eri TV. It´s the other end of the spectrum. To the degree, I mean you don´t even identify with it. Even though It´s yours.
In terms of It´s your language, your production, and It´s been beamed globally, from back home.
_Then again, you have to take in all the factors to why the influence of present perspective or consumption of It, as a medium or as a medium out-letter and appreciate It´s share existence. I link that to the course of history, who we are and how we came about. And there are loads of people that just make fun of It. Or you know, they would not blink an eye at It. And I also understand towards why.
_There´s not an official language of Eritrea. The working language is Tigrinya, Arabic and English. There is not an actual official language of the country. That´s because of the composition of the people, of the population in the nine ethnic tribes. It would be wrong to say. Any give one is a national language. In terms of Tv, how Its presented or represented in the media across Europe, America, and the rest of the world is always debatable.

Yeah, I guess.. Its experience…comes with age as well. You learned English in Europe or?
__ Well, obviously..I did, but I have no recollection of It.
Like I mentioned earlier. I´ve got too many friends that I see grow up here alone, and there is a very strong direct correlation between how the households are or how the different kids/siblings grow, or the family value splits.

She´s the second generation, Right?
__Yeah…But they are not really religious, since they were all raised like that.
In time, you acknowledge more where It all started.

So he would have knowledge of the Italians being or coming to Eritrea?
___ Yeah, vaguely. I mean he was born in ´42. I mean he speaks fluent Italian.
That generation of Eritreans, many do.

Yeah?
__ Because of the influence of colonialism it sticks. You would have to look at west Africa as a whole.  I mean if you look at countries like, Chad, Nigeria, Ivory Coast, Sierra Leone, and then you got central Africa, they all speak french. It´s the working language. It is what they still teach in school. These are the effects of imperialism.

How do you see that as teacher working in Britain?
Is imperialism a word that´s being used in the curriculum?
__ No, not really. In a way Its not part of their agenda.
When we talk about imperialism you often think about a British empire, but before that, one have to talk about Eurocentrism as a term.

Do you feel people know the definition of what that is when you talk to your younger student or even other teachers?
__ No, not really. I´m always in the staffroom battling social science and history departments, alone. Haha. Yeah, I guess every country has a different agenda. 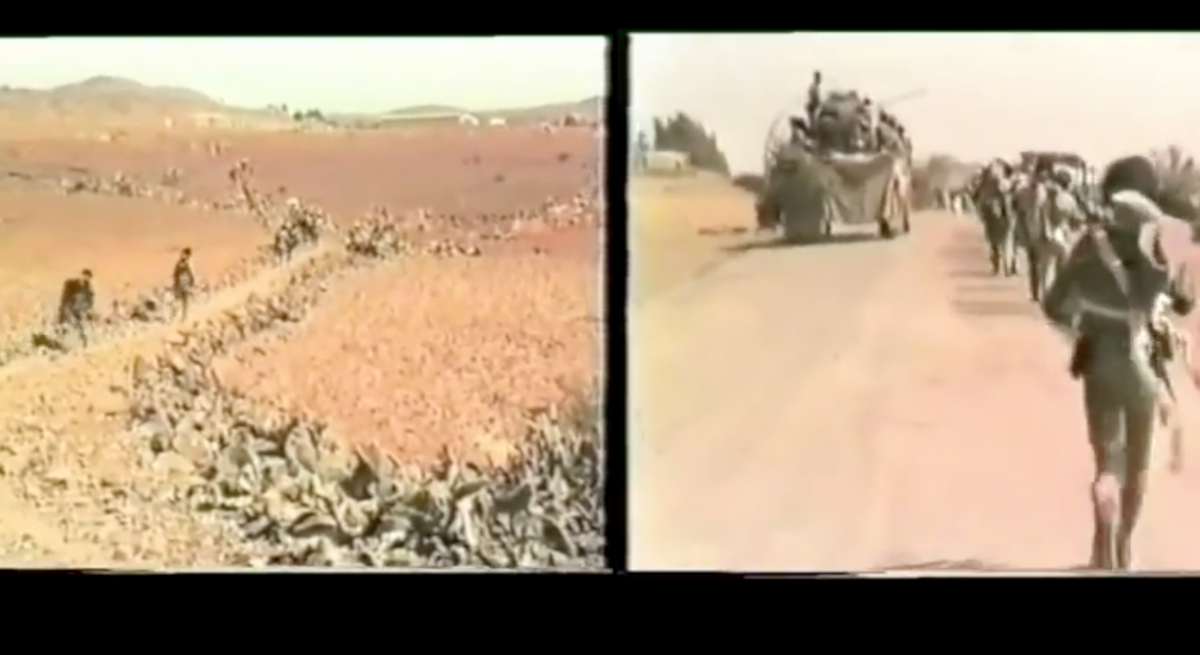 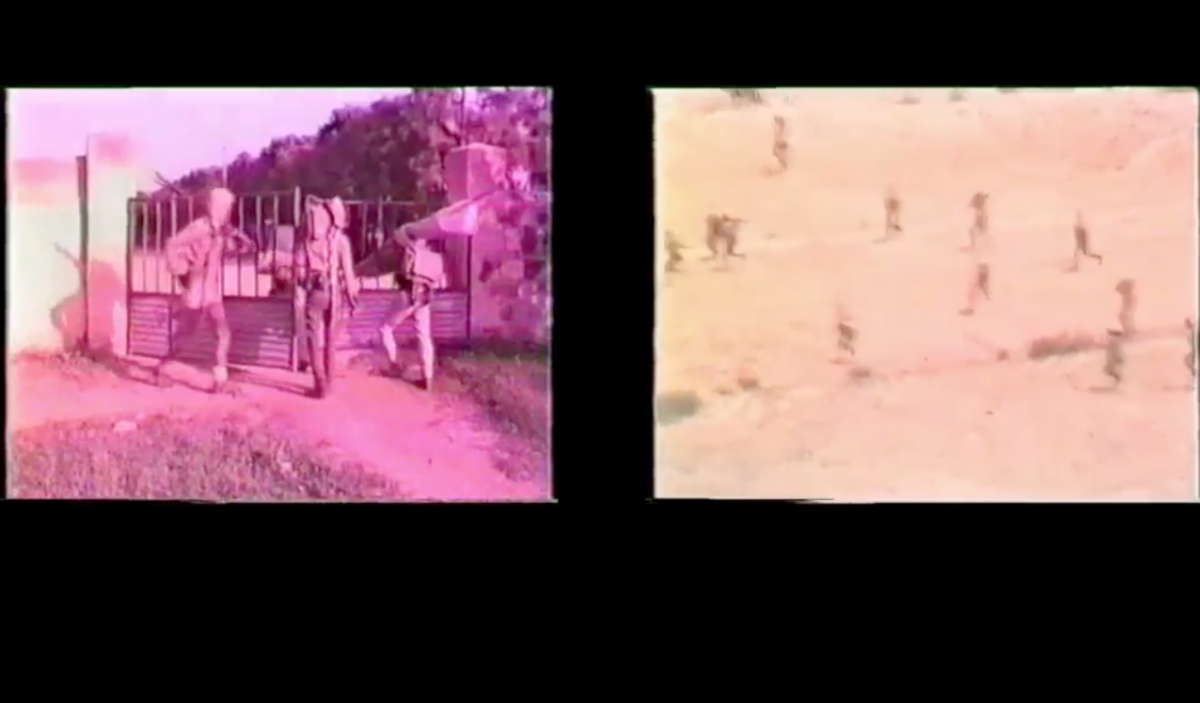